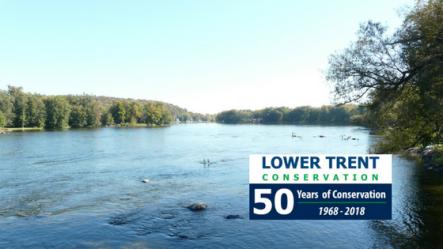 Proctor Park Conservation Area was donated to Lower Trent Conservation in 1970 by the heirs of the Proctor Estate. Josiah Proctor and his family came to Canada from Vermont in the 1790’s as Loyalists fleeing from the United States. In addition to a mature woodland and babbling creek, the Proctor homestead also stood on the property. The family had many business enterprises including shipping, sawmills, grist mills, farmland, and retail stores.

John Edward Proctor, the grandson of Josiah Proctor, built the house that is now known as a prominent historic feature – Proctor House Museum – in 1867. The house, originally known as Millbank, is of the Italianate style, representative of architectural design of that era.

When the property, along with the house, was donated to Lower Trent Conservation in 1970, there was much discussion within the community as to the future of the house as it required considerable repairs. At one time, it was being considered as a possible office location for the Conservation Authority. There was also discussion about tearing the building down, but the community pushed back.

As members of the community realized the importance of preserving the house as a historical building, the Save Our Heritage Organization (SOHO) was formed. The house, along with an acre of land, was leased to the group for a nominal fee. Proctor House Museum was officially opened in 1976, depicting the period of the 1860’s when the Proctors were a major influence in the community. SOHO continues to operate the museum today along with the Brighton Barn Theatre, also located within the Conservation Area.

Today, Proctor Park Conservation Area continues to serve as a memorial to the prominent Proctor family. In addition to Proctor House, the property bears some of the remains of John Edward’s ventures – old apple orchards and farm fields form part of its landscape.